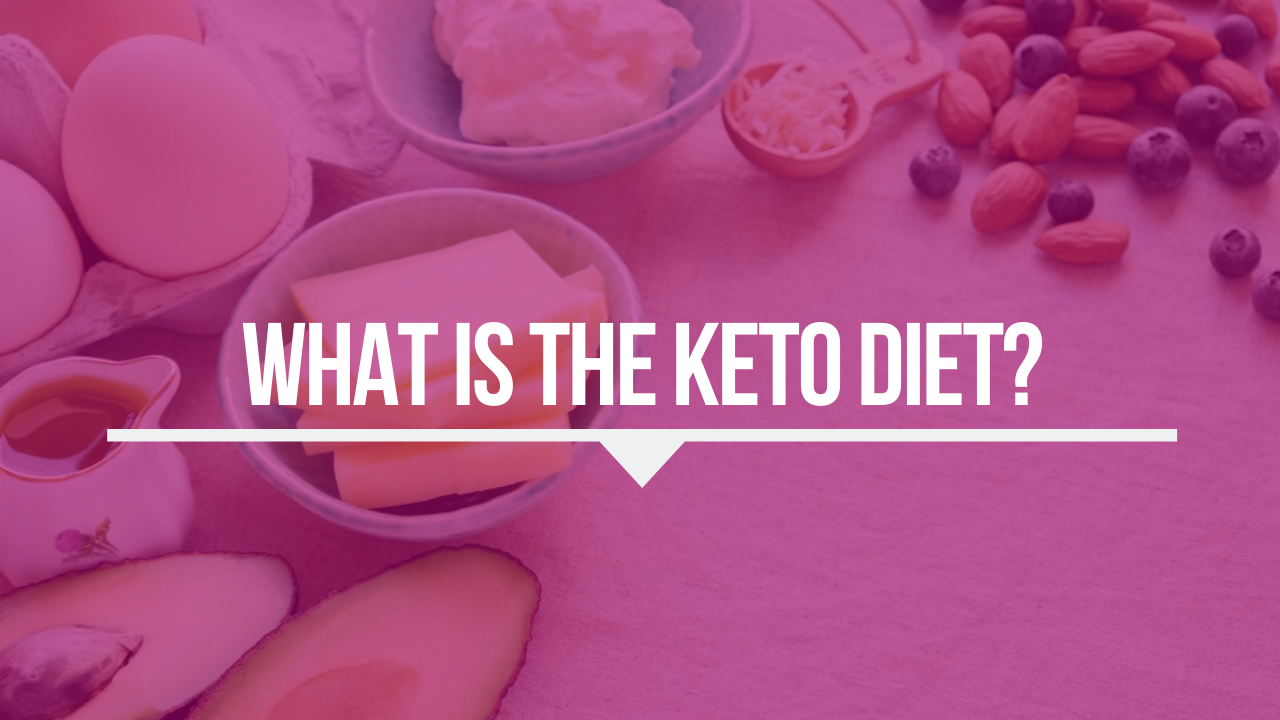 2 weeks ago, we looked at what intermittent fasting is and how it can benefit. I also mentioned that it pairs well with the keto diet, which is what we are going to look at today.

As a reminder, I am not a doctor or nutritionist – I’m just a guy trying to figure out how to lose weight safely.

Keto is short for Ketogenic diet. It is a low-carb, high-fat diet that allows ketones to be produced.

“Ketones are chemicals your liver makes. You produce them when you don’t have enough insulin in your body to turn sugar (or glucose) into energy. You need another source, so your body uses fat instead. Your liver turns this fat into ketones, a type of acid, and sends them into your bloodstream.”

So, you are basically drastically reducing the amount of carbs that to take in, neglecting your body the direct sugar it’s looking for. When you do this, your body doesn’t create insulin to process the food, so the body creates ketones from your fat cells to produce the energy it needs. Hence, the ability to burn fat and lose weight.

Just so we’re on the same page, carbs come from things like sugar, flour, fruits, beans, and starchy foods like potatoes and corn.

Things you can eat are like meats, cheese, and many vegetables. There’s actually a good variety of food you can have, it can just be hard to say no to the other foods.

How low is low carb?

There are a couple “levels” of the Keto diet:

If you’ve never looked into it, the numbers may not mean anything to you.

As a point of reference, if you were to get a Quarter Pounder, large fry, and large drink from McDonalds, that would be 48 carbs. For one meal.

This puts a lot into perspective. It can actually be pretty easy to get 400-500 carbs in a day. The Mayo Clinic recommends between 225 and 325 grams a day for the “normal” diet. This is one reason why I and many others have gained weight – eating too much food in general, and especially eating too many carbs.

Since everyone is different, your body will go into Ketosis when you eat between 20 and 50 carbs for 2-3 days. That’s when you start to see the difference in your weight.

The obvious benefit of Keto is being able to lose weight pretty quickly. Generally speaking, the lower your carb count, the more you can lose; but that’s obviously not a guarantee. There are too many variables.

I can’t speak for everyone, but my wife and I can attest to having no heartburn while following a keto diet. While we eat normally, we’ll get heartburn and have to take antacids 4-5 days a week. On Keto, it was close to 0 times that we had heartburn in a 3-month period.

Overall, you start to feel better because you’re not having the sugar coursing through your body.

One negative with starting with keto is what’s known as “Keto flu.” The symptoms and severity are different for everyone, but usually include things like headache, foggy brain, fatigue, irritability, nausea, difficulty sleeping, and constipation.

It usually happens about 2-3 days after starting and lasts for a few days. So basically, when you start to get the benefits from keto, your body is also basically going through withdrawal.

One way to minimize the effects of keto flu is to gradually bring your carbs down so it’s not quite a shock to your body. So start by dropping to 150 carbs the first day, then 100 the second day, and so on.

Once you get past the first week, the symptoms usually go away, and your body starts to get used to the new normal.

Another thing to keep in mind is your blood sugar is you have diabetes. This would definitely be a case where you want to work with a doctor on what you should do.

What do I plan on doing with Keto

So, as I mentioned previously, I plan to slowly work into lowering my carbs after I get used to the intermittent fasting. I’ve been mostly consistent with the fasting, so I just started to lower my carbs.

I don’t plan on following a full keto plan most of the time, because that can sometimes be a little harder when no one else in the family is doing keto. I plan to keep my carbs under 100 and then have times where I do 3-5 days of 20-30 carbs. So this might look like being full keto for 3-4 days and then allow upto 100 carbs for 3-4 days. The whole time, though, I plan to keep doing the intermittent fasting.

The big thing for me is that I want to have a plan that I can follow consistently because I’ve tried to start the keto diet full-fledge several times, and I struggle because of the food that’s available in my house.

So, for me, doing a keto diet along with intermittent fasting will compose my eating plan to try to lose weight and get in better health.

This is only half of the equation, though. I still need to work on the exercising part, which I’ll talk about in a future episode.