429: How to Live Intentionally

December 14, 2020 Joshua Rivers Comments Off on 429: How to Live Intentionally

429: How to Live Intentionally 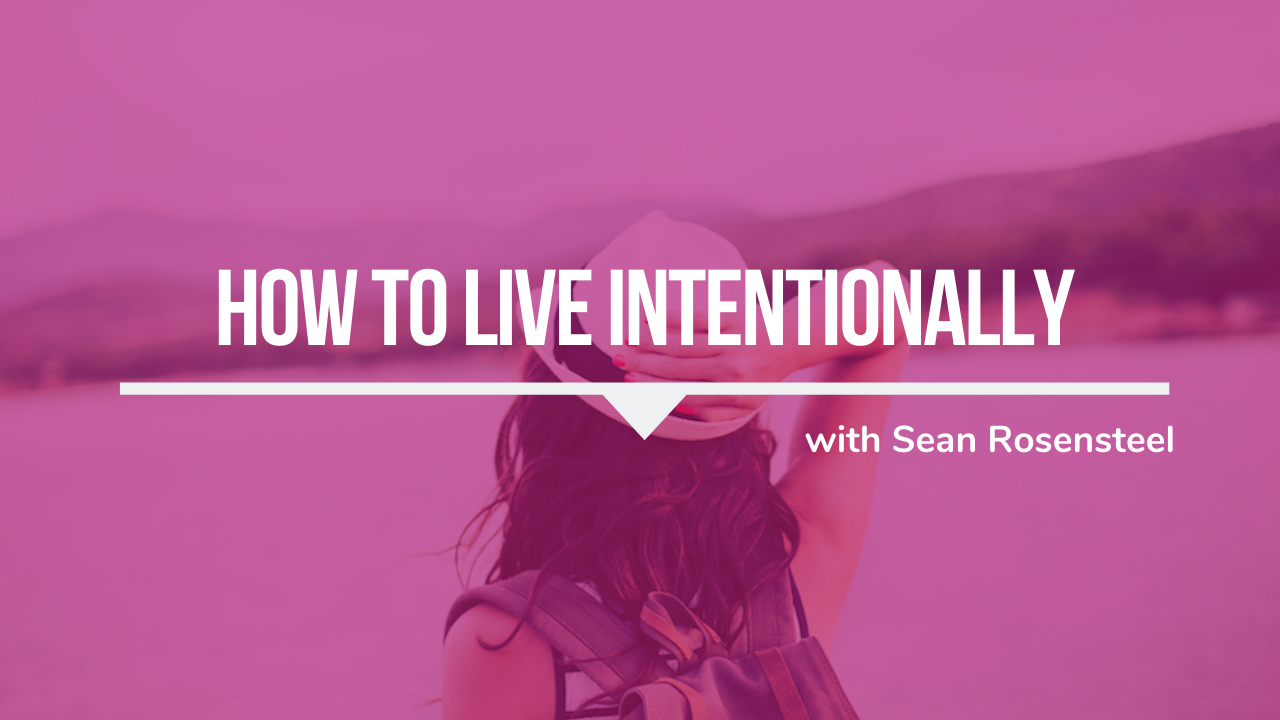 Today’s episode of Success Road features Sean Rosensteel. Sean is an entrepreneur, speaker and the author of The School Of Intentional Living. This episode focuses on the importance of priorities, boundaries, structure and more.

Sean says that he grew up with a very conventional idea of success. He believed that success was tied to big homes, fast cars, and fancy toys. That was his focus throughout my teenage years. And for most of my twenties and I pursued that conventional definition of success in a negligent way. It led to his bankruptcy, which happened when he was 28 years old, just one month before his wedding.

That was a real wake up call because for the first time he took a little inventory and recognized how unintentionally he had been living. He realized that his financial bankruptcy was actually the least of my concerns. Sean says that he was physically, emotionally, mentally, spiritually, and relationally bankrupt.

Sean realized that he needed to start living intentionally as he was about to get married. He had to make some serious changes in his life.

The Most Important Thing

To know what it is that we want, we have to set some boundaries and understand the frameworks that work in our life. Sean started to give himself letter grades in the different areas of his life. The letter grades serve as a reminder. Instead of viewing something as 7/10, it is a C.  If one part of your life has a D, it is clear that area needs improvement.

Sean says that his father taught me that complexity is the enemy of success, and he fully bought into that concept. In Sean’s book he talks about lockers. In school, that’s that place students place their things. In the real world, lockers could be as simple as a filing cabinet. Inside there could be folders or tabs used to dedicate as space to the areas of life that matter.

But a locker doesn’t hold everything that you need. Sean uses a backpack. He stores his laptop, the book he’s reading, a tablet, water, snacks, and chargers in his backpack. But he takes this concept even further with the work he does on his computer. He considers his phone and project management app to serve as a digital backpack of sorts.

Sean shares that the main struggle we all face is one of distraction. And when you have structure in your life, you can best handle distraction. When Sean structured out his calendar and scheduled out his priorities, he found freedom. For example, he schedules family time. Every day, from Monday through Friday from about 5:30 PM until 8:30 PM is uninterrupted family time. He is with his family physically and  mentally. His phone goes on do not disturb mode. It is essential to create an environment that supports your success.

Sean expands more on these concepts and shares some practical ways to detail with distraction and also manage your expectations. I highly recommend you listen to the full episode for more details. In addition, you can pick up Sean’s book, The School Of Intentional Living on Amazon or on his personal website.

Thanks so much for listening to Success Road, and special thanks to Sean for being a guest.