425: Pushing Past Barriers to Reach Your Potential

November 9, 2020 Joshua Rivers Comments Off on 425: Pushing Past Barriers to Reach Your Potential

425: Pushing Past Barriers to Reach Your Potential 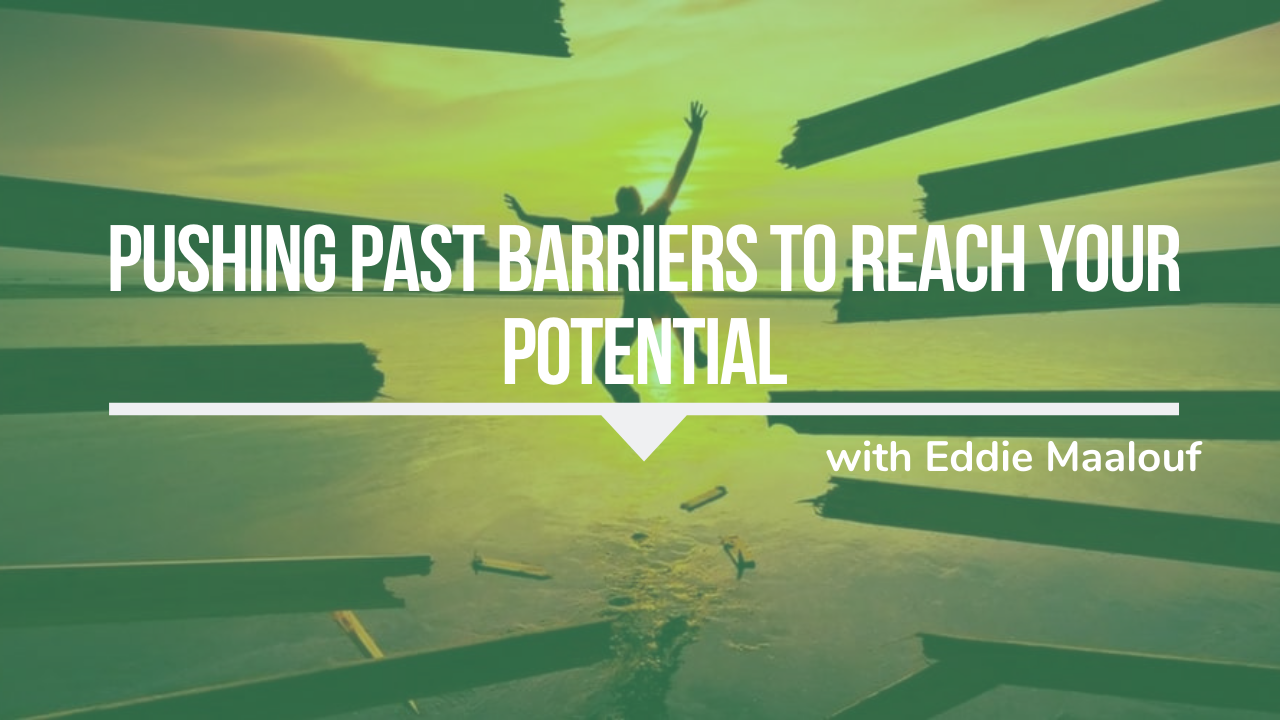 Today’s episode of Success Road features Eddie Maalouf. Eddie is an entrepreneur and marketer at brilliantmarketers.com

In college, Eddie would skip classes and go out start his own businesses on the side. He always had the idea of starting his own business. Once he graduated college, he worked for a fitness company and became the number one salesman. But once he realized he had reached the top spot, he decided to quit his job and work for his father for a flat rate plus 20% of any revenue increases in his father’s business. During that time, Eddie realized like the wonders that marketing actually does for a business. Since then he expanded by starting a team and building an agency.

How To Push Past Barriers and Limits

Eddie sees three challenges that are common to most businesses. The first challenge is when people are making money, and they’re often self employed, and they don’t want to hire. They want to see how much they can make without having to hire someone. But then there comes a point where you need to hire someone.

In some cases, there are people that are ineffective in their company, that aren’t doing the job. When you fire them, you notice that your efficiency as a company still stays the same.

Eddie says, “I’d rather own half of a watermelon than an entire grape.” This is why mindset is so important when looking at a business. In order to get to that kind of watermelon point, you have to build the team around you to take care of other things.

The second challenge is marketing. Eddie says the biggest growth in every business that he has seen comes from a really good marketing campaign. So that is usually the bottleneck. And when that campaign works well, it often leads back to the first challenge with hiring.

The third challenge is that owners need to invest in themselves and their own mindset and personal development.  For example, if all someone’s friends make $10,000 a month and they make 20,000 a month they think they’re a success. But you know, if you actually said that at the wrong table at a restaurant, you realize all those people are making a million dollars a month. All of a sudden, that whole mindset that you had your whole life just kind of comes crashing down.

How To Start Hiring People

The first step is recognizing where you need employees. When a business owner hires someone to do one or two jobs that take the most time out of your day, you’d be surprised within a month, they probably are doing that job better than the owner, because that is that they do that from nine to five every single day.

Once Eddie realized this, he became more comfortable hiring and like losing money for a month, knowing that next month, this person on my team is going to be able to generate that revenue back and make even more revenue in the future.

Eddie says that it is also important to know that not everyone is going to have the same vision as the owner. And they’re not going to understand what metrics are important and what standards the business owner has. That’s why it is important to use KPI’s, or key performance indicators, on paper for each position.

I learned a lot from this interview and I wanted to mention that Eddie’s course is available at brilliantmarketers.com. This program primarily teaches business owners how to learn online advertising. I recommend checking it out.

Thanks so much for listening to Success Road, and special thanks to Eddie for being a guest.