407: Building Healthy Habits into Your Life

407: Building Healthy Habits into Your Life 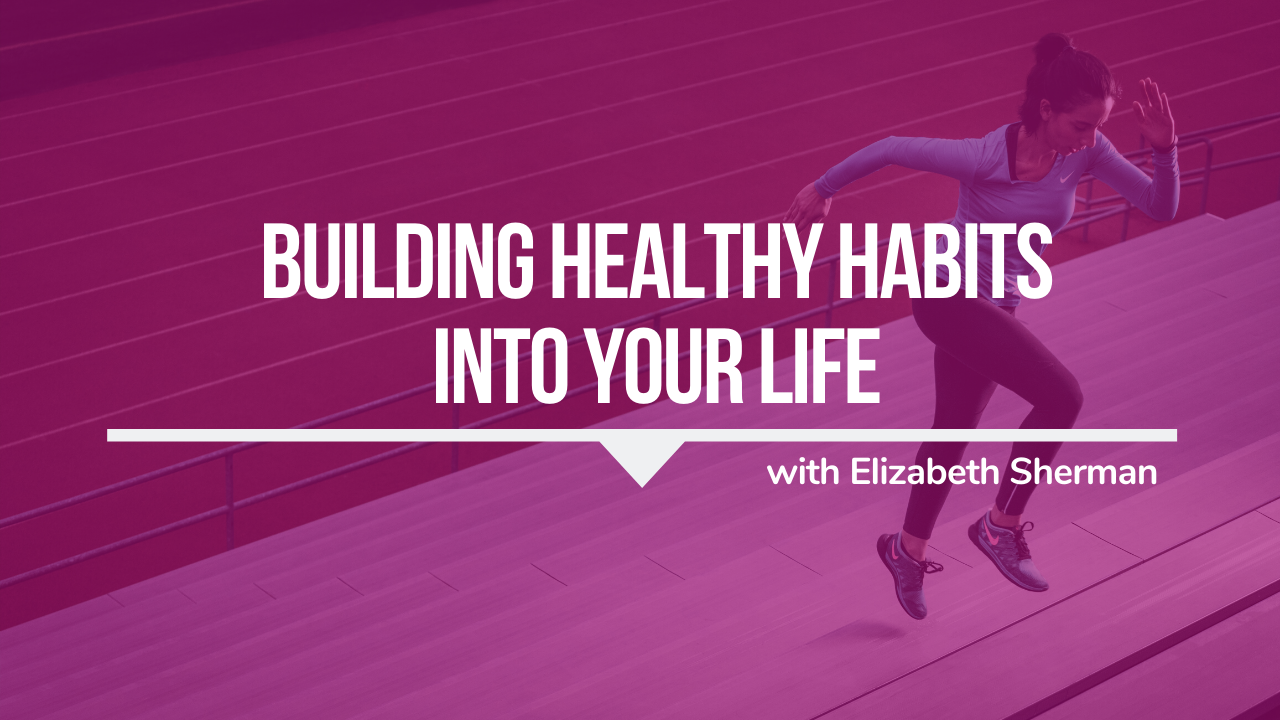 We all operate at lot based on our habits – those things we do with little-to-no thinking.

The problem is that we have many habits that don’t support good health.

Formerly a software executive, life and weight-loss coach Elizabeth Sherman joins us on the podcast to share how to build healthy habits into your life.

Elizabeth traveled a lot. Her mother’s breast cancer really took a toll on Elizabeth. Her death spurred her to research how to live her healthiest life. Ultimately, she wanted to find out how to prevent breast cancer. In her research, she found that being overweight contributed in a significant way, not just for cancer, but for a variety of serious health problems.

Going through something of a midlife crisis, she was laid off. Her therapist recommended becoming a life coach. She developed a plan for understanding habit forming. First, it was knowledge. Know what you need to do. Second, habits. Create habits that will contribute to the healthy goals you have. Accomplishing her half-marathon goal allowed her to finally see herself as an athlete.

The top band is the environment. You want to “peg” a new habit to something that you’re already doing. She gives an example of physically putting your floss next to your toothbrush if you want to start a new habit of flossing.

The second band is creating habits that then support that environment. Meal planning is an example of this.

The third band are the skills you need to execute those habits. Cooking is one example because cooking skills can support your healthy eating habits.

The bottom band is your identity. Once you identify as a certain kind of person, your identity can inform beliefs and values (the fourth band). All of these support the skills, the habits, and environment.

Elizabeth discusses how to change your negative thoughts into positive thoughts. You have to believe in your own self-worth to start to commit to positive actions.