403: What is Intermittent Fasting?

403: What is Intermittent Fasting? 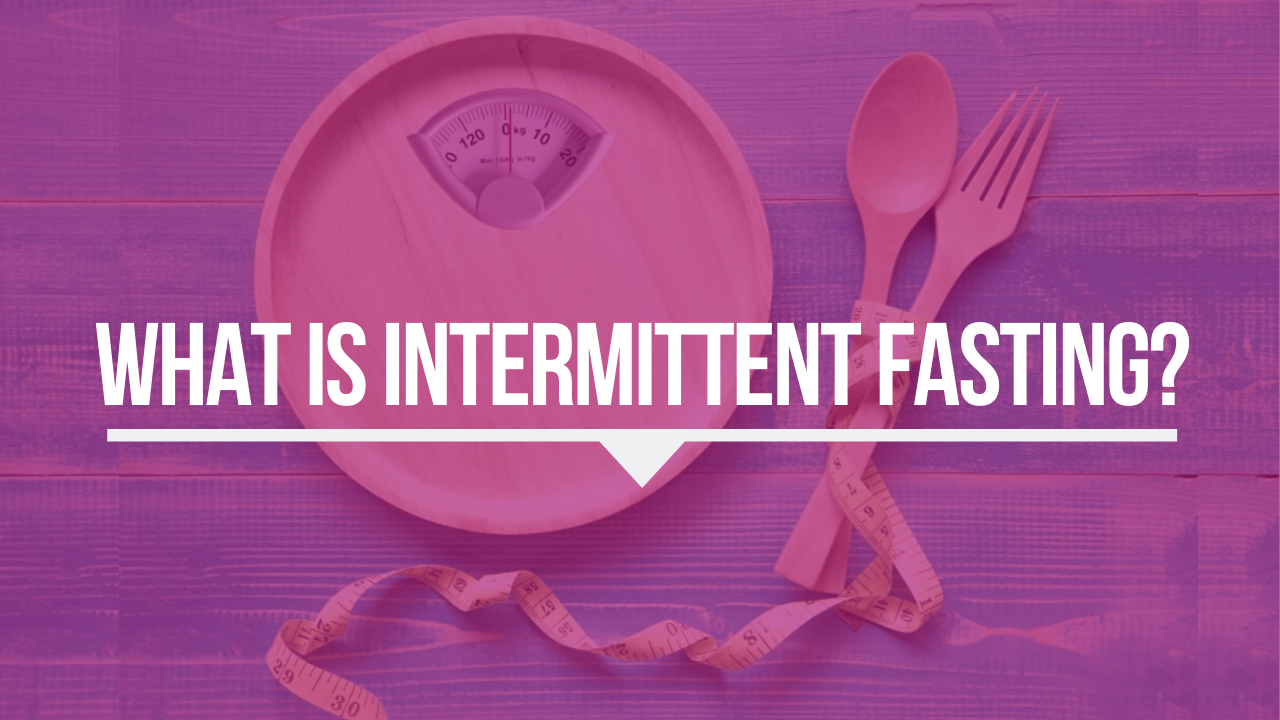 Today, I want to start looking at some aspects of health. I’m going to be sharing some things that I’m specifically working on implementing into my life and how it could be a solution for you.

Now before I get into anything else, I do want to say that I am not a doctor or nutritionist – I am just a guy on a journey to get control of my weight and my health. I’m sharing information that I have found and the results that I’m seeing for myself.

The main focus of this episode will be about intermittent fasting – what it is and how it can benefit.

But first, I want to give you a quick history of my personal relationship with my health:

So, not only has my weight affected my clothes and I’ve had to do the “walk of shame” on some theme park rides, but other health risks and problems have gone up significantly:

In February, I went to the doctor, and, for the first time ever, I talked with him about getting my weight under control. Throughout all my other dieting attempts, I never consulted a doctor about it – in fact, I almost never went to the doctor – only if I was really sick and needed a doctor’s note or a prescription.

One diet I had tried before, and had good success while I was on the diet, was the Keto diet. I’m planning on talking about this in a future episode, but it’s basically a low carb diet. My doctor said that it was a good idea to follow that diet, but also for me to try intermittent fasting.

He recommended a book for me to read as I get started: Delay, Don’t Deny: Living an Intermittent Fasting Lifestyle. I ordered it right away and began reading it over the next 2-3 weeks.

It’s a Lifestyle, not a Diet

One of the main points of the book is that intermittent fasting needs to be a lifestyle change, not just a diet, which is just a temporary situation. A diet lasts for a month, six months, a year – whatever. And then you revert back to your normal eating habits. The problem is that your normal habits – and my normal habits – are what led to being really overweight and at risk for a lot of issues.

Committing to a forever lifestyle is the key to lasting change.

What is Intermittent Fasting?

So intermittent fasting is fasting…intermittently. In other words, it’s having a shorter, specific period where you eat and then not eating (or fasting) for more than 12 hours. And this fasting time does include sleeping.

Also, after 12 hours, your body starts to burn fat for energy, since you don’t have the sugar from your food to draw from.

With intermittent fasting, the point is to take advantage of these self-healing and fat-burning aspects of fasting.

So, there is more than just one way to do intermittent fasting:

I am starting with the 16:8 plan, allowing 16 hours of fasting each day. You can adapt your eating window to your schedule/preference. I chose to have my window be 1pm-9pm.

I’ve been doing this for about a month, and it has been a little difficult, but not as much as I thought it would have been. I’ve always been one to eat breakfast within the first hour or two of waking up, so I started by changing when I first eat during the first week:

It hasn’t always been smooth and I’ve allowed myself to adapt my window, like I would start at 12:00 some days and stop early. And many times, I would stop before 9:00 anyway. I’m mainly trying to keep the fasting time at least 16 hours regardless of the specific time, which I think is the most important part of this.

This principle of only eating during your window only restricts when you eat, not what you eat.

Theoretically, you can eat whatever you want to inside your window and still be doing an intermittent fast.

But you do need to remember why you’re doing the fast – in my case, I’m trying to be healthier and lose weight. So, while I can load up on cookies and brownies, it’s not necessarily the best choice. (my daughter has been on a baking kick lately, which has made this harder)

It’s not a Religion

Remember, intermittent fasting is not a diet – it’s a lifestyle. But that doesn’t mean that it controls your life – it’s supposed to compliment your life.

So, if you have a birthday party – eat the cake and icecream, and get back to eating better tomorrow. If you have family or friends from out of town for the week, go ahead and eat brunch, even if it’s outside your eating window; and then get back to it when they’re gone.

If intermittent fasting becomes such a burden, you’re going to hate it and give up on it.

Pairing Intermittent Fasting with Other Habits

One way you can maximize the effectiveness of intermittent fasting is by pairing it with other habits.

For me, I plan to add a Keto diet on top of intermittent fasting. I’m waiting a bit until I get used to the intermittent fasting part before adding this. I’ll be talking about this more in a couple episodes, but the two work really well together when it comes to losing weight.

Another thing that I’m adding is exercise. My doctor wants me to do 30 minutes of exercise 4 days a week. I haven’t had a history of exercising, so I’m slowly working on adding this. I’m currently doing 20-30 minutes 2-3 times a week, but hope to get up to my doctor’s goal within a month.

This is obviously a quick overview of intermittent fasting, but I hope this has given you some great information to help you decide if it might be right for you. It’s ok if it’s not. If it is, however, I would encourage you to check out the book I mentioned earlier, “Delay, Don’t Deny: Living an Intermittent Fasting Lifestyle.” (this is an affiliate link, so I’ll get a small percentage if you use it, but it’s no extra cost for you)